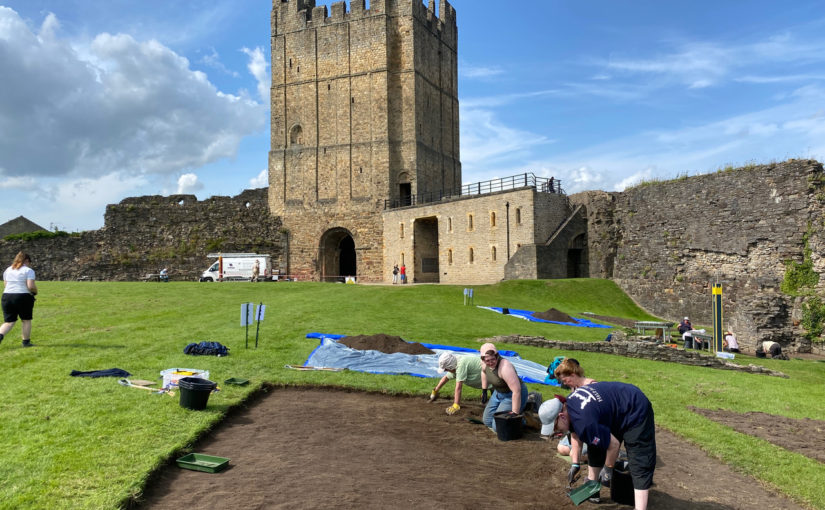 The deadline for grant applications passed on 1 December. We’re going through the various projects now. Altogether the 12 projects, coming from the UK, Ireland and even one from Greece, are asking for £88,000. They cover not only a wide period of history but also a broad range of topics.

Bedrule, Roxburghshire: The project aims to advance understanding of the role of the castle in the evolution of a well-defined rural community in SE Scotland between the 14th and 16th centuries using a variety of sources including archival research, LiDAR and GIS data analysis.

Berkeley, Gloucestershire: Using a variety of techniques including drone survey and archival research to understand the structure of the castle’s twelfth century shell keep, and then to develop a reconstruction drawing of what it could have looked like at that time.

Dating medieval towers in the hinterland of Medieval Chalkida, Greece: Stand-alone medieval towers, often part of castles or larger fortifications, are common in Central Greece. Often thought to have been built by the Frankish nobility during their period of dominance between 1204-1470, there is minimal evidence to back this up. By taking wood and mortar samples, the project aims to answer that question.

Dunoon, Argyll: The project will conduct a geophysical survey of Dunoon Castle mound and its immediate environs to determine the extent, nature and character of buried archaeological remains and will also provide signage to help illustrate what was found.

Galey, Co. Roscommon: Geophysical and topographical surveys to explore the possible motives behind the placement of, as well as  immediate landscape context, morphology and any attached settlement and industrial activity, that occurred at a lakeshore-sited late medieval Gaelic-constructed tower house castle.

Kilmacahill, Co. Westmeath: Geophysical survey of deserted medieval settlement close to Jamestown motte & bailey castle. The aim is to understand the morphology of settlement and its relationship with the castle and medieval monastery.

Millom, Cumbria: Geophysical survey of the area surrounding this 14th century castle to try to understand more about the landscape in which it was built.

Pontefract, West Yorkshire: Geophysical survey of the castle focusing on parts of the castle not previously explored by the excavations in the 1980s, especially around the northern ramparts.

Raby, Co Durham: The aim of the project is to improve the understanding of the castle in the medieval period, especially around 1400 in the decades immediately after the licence to crenellate, with a buildings survey and development of a 3D model.

Shrewsbury, Shropshire: To excavate the top of the motte of this important Marcher castle to understand the structural sequence and assess the character and the status of the buildings there. Specifically to identify the royal hall known to be present during the Middle Ages.

Sleaford Castle, Lincolnshire: Geophysical survey of the to context between the castle earthworks and the principal southern road of the town to establish if further remains of the castle exist in this direction (an area heavily during the 19th century) and establish if there were any links to the town other than the established route along Castle Causeway.

The applications have been sent to our assessors who will go over them. You can see how the assessment process works from our blog back in January 2016 https://castlestudiestrust.org/blog/2016/01/17/how-the-castle-studies-trust-selects-its-projects/