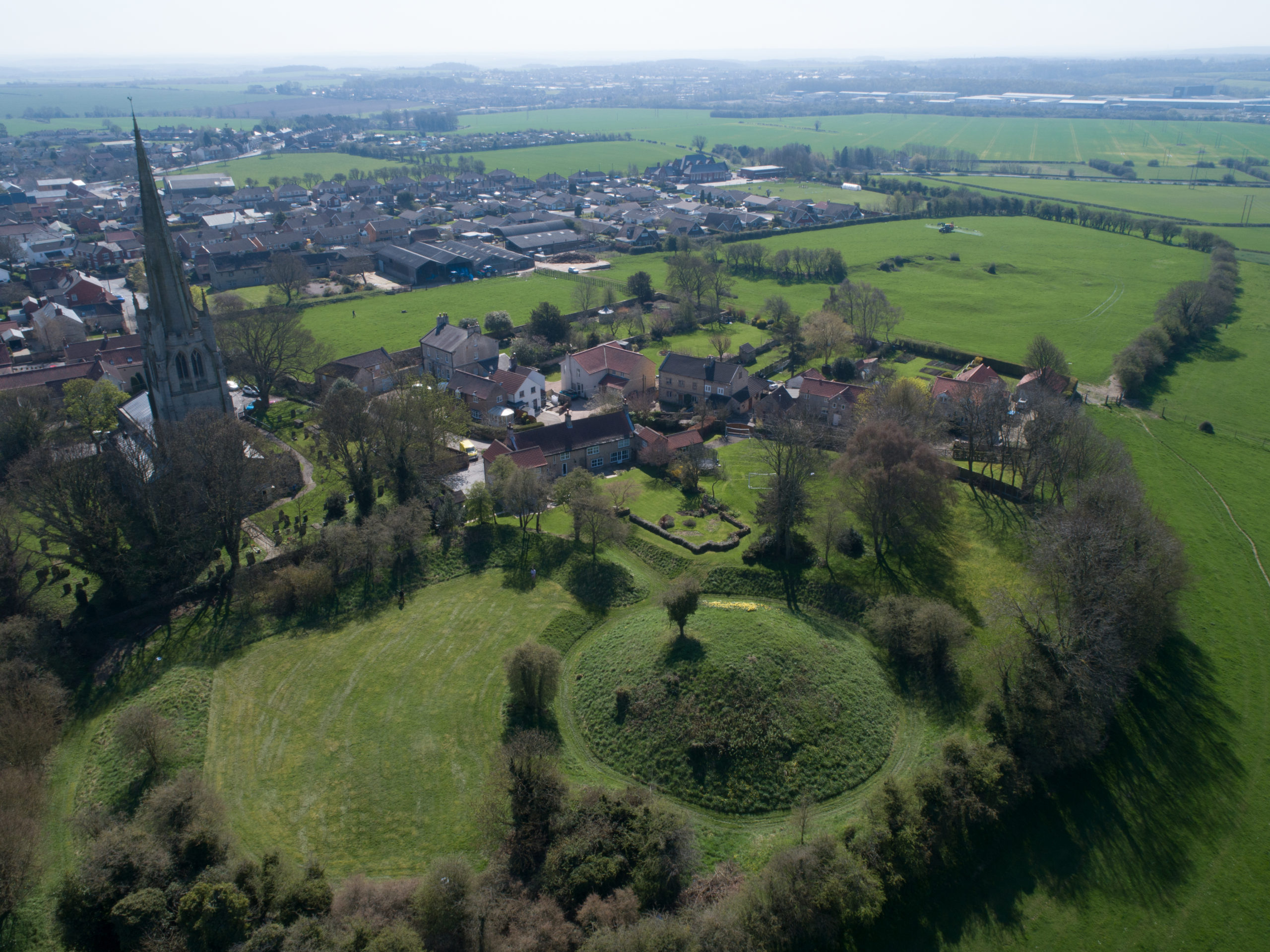 Since 2018 the Castle Studies Trust has funded archaeological investigation of the motte and bailey castle at Laughton en le Morthen, South Yorkshire. Led by Dr Duncan Wright of Newcastle University, a scheme of topographic and geophysical survey, followed by targeted excavation, showed that the castle at Laughton had been built on an earlier elite residence—almost certainly the hall complex of Earl Edwin of Mercia referred to in Domesday Book. The results of the fieldwork therefore show us how an existing high-status centre was transformed into a castle in the wake of the Norman Conquest. Using a combination of the evidence gathered in the field, and comparison with similar centres in the country, researchers are able to reconstruct the chronological development of tenth and eleventh-century Laughton with some confidence.

The first reconstruction shows how the elite residence would have looked in the late tenth and first half of the eleventh century. The hall forms the focus of the complex, and this wooden building and any additional structures would have been surrounded by a ditched and fenced enclosure. The protective circuit was found during excavation, and it was even possible to see where wooden posts had been levered out of the ditch when it went out of use. Appended to the hall complex within its own enclosure would have been a stone-built church, a doorway from which survives in the north wall of the present building. Dr Michael Shapland suggests that the first church at Laughton may have been a free-standing ‘tower nave’ construction, for the exclusive use of the aristocracy rather than the wider community. To the east of the hall and church extended settlement and industrial activity, which has been found by previous archaeological investigation. Laughton would have been an important estate centre as well as an elite residence, and was a place where agricultural produce was collected and processed.

The second reconstruction depicts Laughton following the Conquest and after construction of the motte and bailey castle on the site of Earl Edwin’s hall. We cannot be sure when the castle was built, but it was most likely completed before the end of the eleventh century when Norman power in northern England was gradually being established. Laughton at this time was a contrasting picture of change and continuity, with some earlier parts of the elite complex maintained and others adapted or removed. Most obviously, the residential parts of the site were destroyed to construct the castle; excavation showed how the ditches surrounding Edwin’s hall were quickly infilled, and the posts supporting the fence were removed. Geophysics also confirms that the 9m-high motte at Laughton was built direct over the middle of the earlier arrangement, and extended over the western part of the enclosure. The church probably kept its original form in the eleventh century, and was only updated in the twelfth century after it came under the control of York Minster. While investment in the church continued through the twelfth century and later, occupation of the castle seems to have been very short-lived. Excavation identified no material from the later medieval period, and the motte and bailey was not enhanced with stone structures. At Laughton it seems that building of the castle was more important than its actual occupation; construction involved the destruction of Edwin’s residence and the raising of something new that demonstrated the establishment of Norman authority. Nearby Tickhill instead emerged as the most important secular centre in the region.

The phase plan outlines the core components of the two chronological periods recognised at Laughton. It makes clear how construction of the castle destroyed and disrupted the earlier elements of the high-status complex.

The stone illustration represents about one sixth of an early grave cover with incised decoration, which was analysed by Professor David Stocker and Dr Paul Everson. This type of monument is well-recognised in eastern England and Yorkshire, and at Laughton the stone can be found built into the eastern wall of the chancel. It is a difficult stone to date precisely, but probably dates to the eleventh century and would originally have covered a burial either within or outside of the church.

All pictures and illustrations ndertaken by Peter and Rosalyn Lorimer of Pighill Archaeological Illustration. 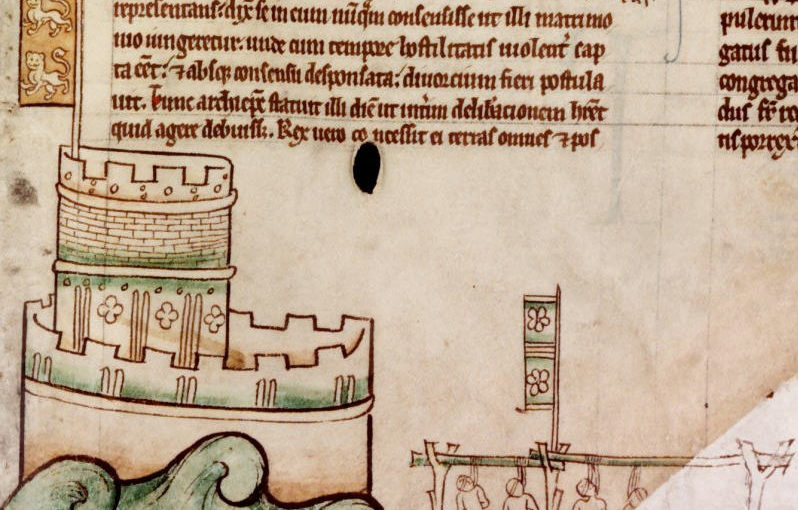