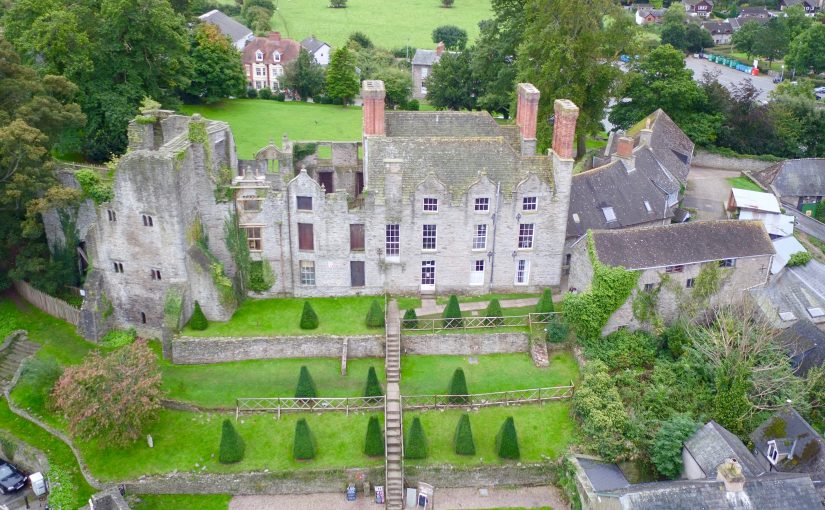 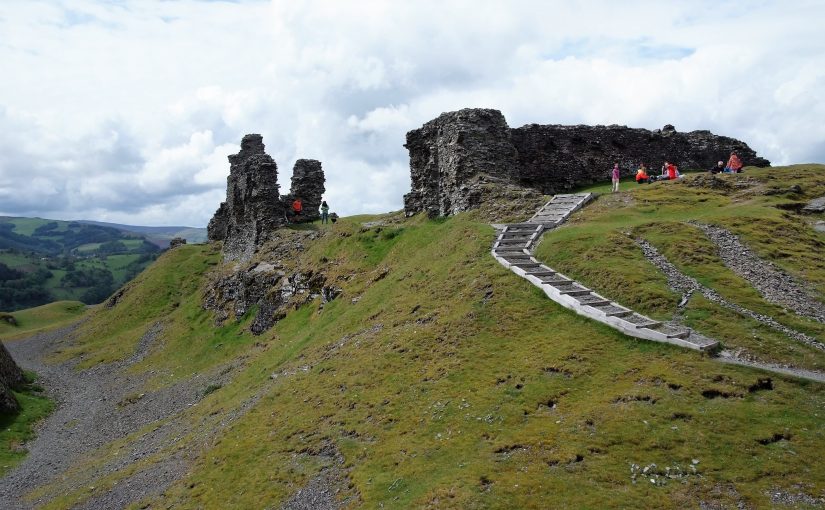 Standing out in the landscape

Every year we organise visits to the projects we’ve supported. These visits are open to our donors and typically involve a guided tour and a sneak peek at the results. In May we journeyed to Castell Dinas Bran near Llangollen in North Wales.

The Welsh built the medieval castle on the site of an Iron Age hillfort and it dominates the surrounding area. It’s a steep climb up, making you appreciate the effort involved to bring in building materials or even everyday supplies. And the higher you get, the stronger the winds are. Now in ruins, it must have been an imposing site visible for miles around in the landscape.

Fiona Gale, County Archaeologist for Denbighshire County Council, lent her expert eye to the guided tour. She explained the important consolidation work over the past few years as well as the recent archaeological fieldwork. The castle is mostly built from slate, and in many places the weathered walls have needed modern intervention to make them safe and prevent further collapse.

The castle might owe its present condition partly to slighting (deliberate partial demolition) and archaeologists noticed patches of scorched stone before ramps were added to mitigate erosion.

The survey at Castell Dinas Bran

With funding from ourselves and CADW, archaeologists could carry out a geophysical survey of the castle, using resistivity and magnetometry to peer beneath the surface. The report is nearly ready, and when signed off will be shared on our website. The results are tantalising, and give us more information about the use of the castle, while leaving some questions which might have to be answered by excavation.

Castell Dinas Bran is an important Welsh castle, and one of the better surviving examples. After important steps to preserve the site and keep it open to the public, we have been able to add to our understanding of the castle.

Subscribe to our newsletter for updates from the projects we support.