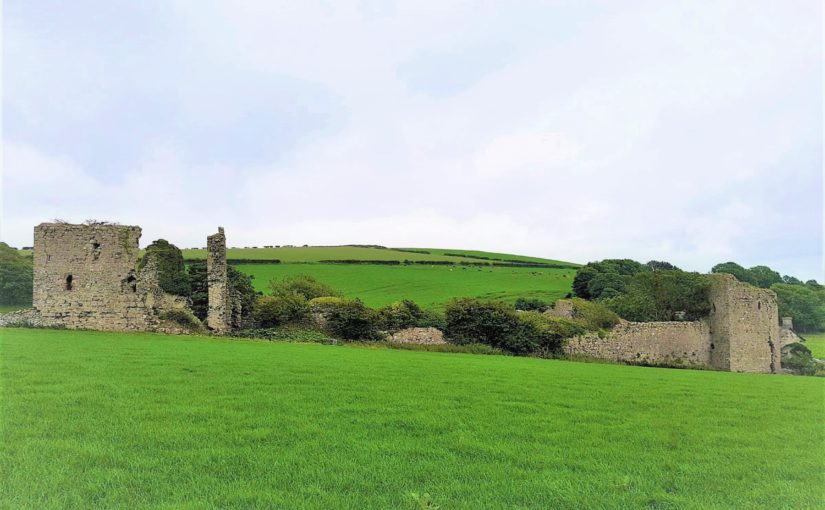 In 2018 Historic England commissioned reports to be carried out on Gleaston Castle near Ulverston, where the Castle Studies Trust have previously funded a survey of the site. The reports commissioned by Historic England were led by Chloe Granger of Crosby Granger Architects, and included a condition survey and concept feasibility study. The feasibility study was aimed at reviewing any potential repair and/or development that could allow the site to become sustainable.

Formerly, in 2015 the Castle Studies Trust grant-funded preparatory works at Gleaston Castle that included a Conservation Statement, geophysical surveys and 3D imagery, to begin the process of understanding more about the castle and its development. From this initial research, the follow-up condition survey and feasibility study prepared by Chloe and her team sets the scene for future repair works and lays the foundations for a potential sustainable future.

Gleaston Castle, listed Grade I and Scheduled under the Ancient Monuments and Archaeological Areas Act, is located on the Furness Peninsula, Cumbria in what appears to be a remote location and strange position for a fortified castle. It is an enclosure castle dating to the 14th century, now a ruin, and has been recorded as such since the mid-16th century. The location on the Furness Peninsula would have historically been less remote, as access was via boat or by crossing the sands of the Morecambe Bay estuary at low tide – a mere short walk.

The exact date of construction of Gleaston Castle is not known; it was almost certainly built by John Harrington (knighted in 1306) and marked a move from the earlier coastal manorial residence at Aldingham, which had passed to the Harringtons in 1291, possibly in part prompted by early-14th century Scots raids. A date of c1325 is sometimes quoted although the earliest documentary reference is in the 1350s; several sources suggest that it was never finished. It appears to have been abandoned as a manorial residence after the death of Sir William Harrington in 1457 and c1540 it was recorded by Leland as lying in ruins, although some parts may have been re-occupied in the 17th century.

Gleaston is the probably nearest approach to a ‘quadrangular’ castle of a type more common in the North East, and typical of the earlier 14th century. It is not an exact rectangle in plan – the enclosure, 80 m in length north to south, narrows from 55 m at the north end to 45 m at the south. It has had corner towers, with the north-western, by far the largest, clearly containing the hall and subsidiary apartments.

The ruinous remains of the castle are in private ownership, incorporated into a working farm, which makes access difficult for the visitor. The structures are in a perilous condition, with falling masonry not an uncommon sight. General vegetation and rigorous ivy are the main culprits. The ivy on the south-east tower is known to Historic England as the largest, most substantial and ancient ivy known on a structure in the country. The scale of the issue is enormous. There is no management plan and no funding to enable a comprehensive strategy of repair to be carried out to safeguard the structures.

Through Chloe, the Society for the Protection of Ancient Buildings (SPAB) have become involved and are planning a working party to begin to make a start on rescuing the castle. It is a colossal task, but the aim of the working party will be to raise awareness and put Gleaston castle on the map, which the team hopes will generate support for the cause. The volunteer working party team is hoping to carry out some initial vegetation clearance and some consolidation, with professionals offering their time pro-bono; the first required are an ecologist and an arboriculturalist. The initial working party is planned for September,

If anyone is interested in either contributing time or funds, your support would be greatly appreciated! For more information contact Chloe Granger on chloe at crosbygrangerarchitects dot co dot uk

Featured image: Gleaston Castle from the West and where its main entrance was. Copyright Chloe Granger.