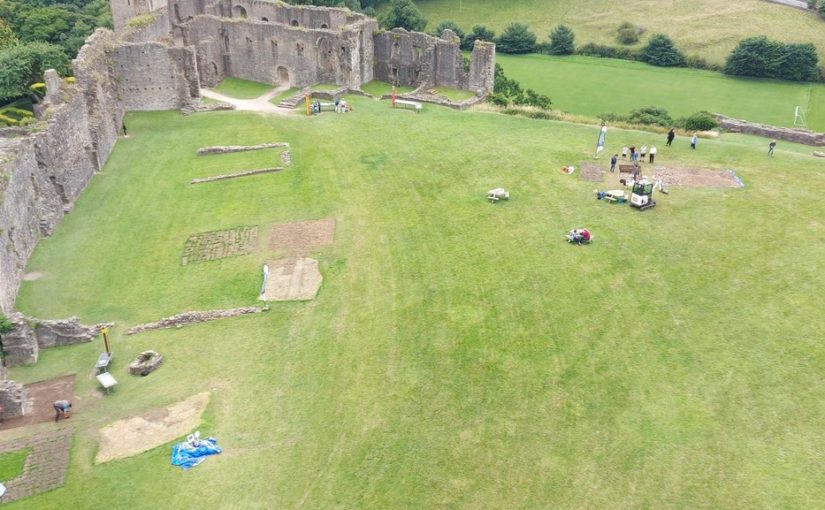 And so the dig is complete. The trenches have been backfilled and re-turfed (except for the bizarre missing section in Trench 4!). The volunteers have all headed home, and the archaeological team have departed to their next jobs and sites. With the benefit of a few days’ distance as I write this, it has been such a wonderful and fulfilling experience.

So, what have we learned?

I covered our thoughts on Trench 1 in an earlier post, and the story of Trench 4 was very much about the plaster floor and fragments of medieval pottery showing the presence of a building of some considerable size.

But what of the other two?

It would be easy for Trench 2 to get overshadowed by the spectacular find of the William I silver penny. Whilst this is undoubtedly one of the stars of the project, its archaeological value lies in the date it gives us for the deposits at the bottom of the trench. What we found was a fragmentary clay and stone floor—perhaps not that exciting at first glance. However, it was packed with animal bone, and we are now pretty certain that we have uncovered the remains of a service building, probably a butchery or abattoir, dating to the very start of the Castle’s story. It has been wonderful to open a window into the grimy and tough day-to-day life of the Norman residents, standing in stark contrast to the towering stone walls of the lordly halls nearby.

Trench 3 continued to withhold its secrets from us right through to the end of the dig. A well-made stone and cobble floor covered the entire base of the trench. Indeed, based on the geophysical survey responses we only say a small part of a much, much larger area of flooring. The fragmentary base of a stone wall showed that there was something structural associated with it, but almost all our theories were quashed by one aspect of another of the visible archaeological remains. Perhaps the best theory was that it represents a kind of ‘fancy warehouse’. Similar to the great medieval tithe barns, it could be a specific area for the gathering, tallying and storage of specific goods. There is no way we can definitively prove this, unfortunately, but it certainly fits with the remains we could see.

Right at the end of the dig Trench 3 also yielded up to us a handful of fragments of medieval coloured glass. Paired with the broken and twisted sections of window lead that we recovered throughout the dig, we can now be certain of the presence of a building with stained glass windows somewhere in the vicinity of Trench 3—a tantalising hint that will have to wait for a future project!

Overall, though, the story has been about the phenomenal support from everyone who came together to make this project such a success. Whether this be the funders (Richmond and District Civic Society, The Castle Studies Trust and Richmondshire District Council as well as local businesses and private individuals), key project partners such as Celebrate Richmond 950 and English Heritage, or the countless volunteers and visitors who have given so generously of their time. We have been honoured to work alongside these people and to taste something of the passion for history that is a fundamental part of Richmond life.

Although we are now catching up on some well-earned rest, thoughts are already turning towards how we might be able to come back to Richmond Castle and uncover more of its secrets in the future.