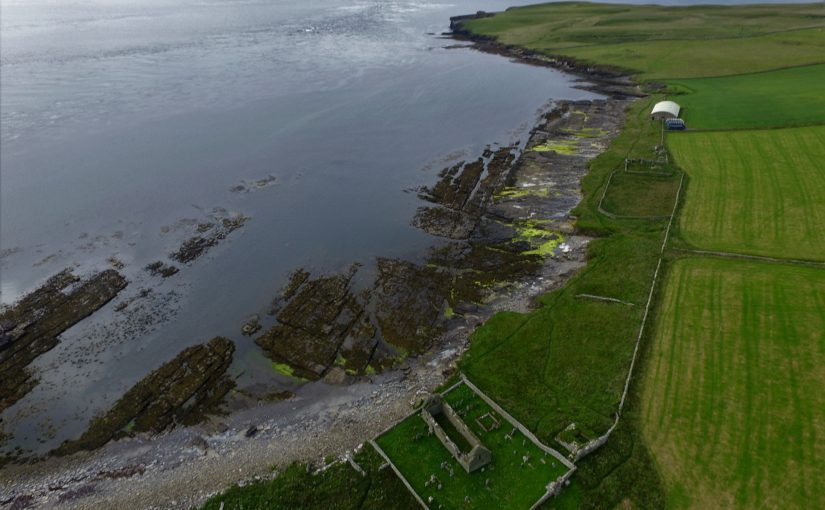 Dr Sarah Jane Gibbon and Dan Lee (UHI Archaeology Institute / ORCA) project leads for the Castle Studies Trust funded project explain the reasons behind the excavations they are undertaking at The Wirk in the Orkneys and what they hope to achieve during their two week dig.

Along with the excavations, targeted geophysical survey around The Wirk undertaken in September 2020 aims to better understand any relationships between the tower and the buildings/features which surround it. The results show that the walls planned by Clouston are accurate and that they likely survive just below the ground surface. 3D modelling of The Wirk and Cubbie Roo’s Castle will enhance our understanding of these comparable sites and allow the public to explore the remains online.

The start of the project was delayed in 2020 due to the Covid-19 pandemic, and we will be glad to finally get on site for the excavations in July.