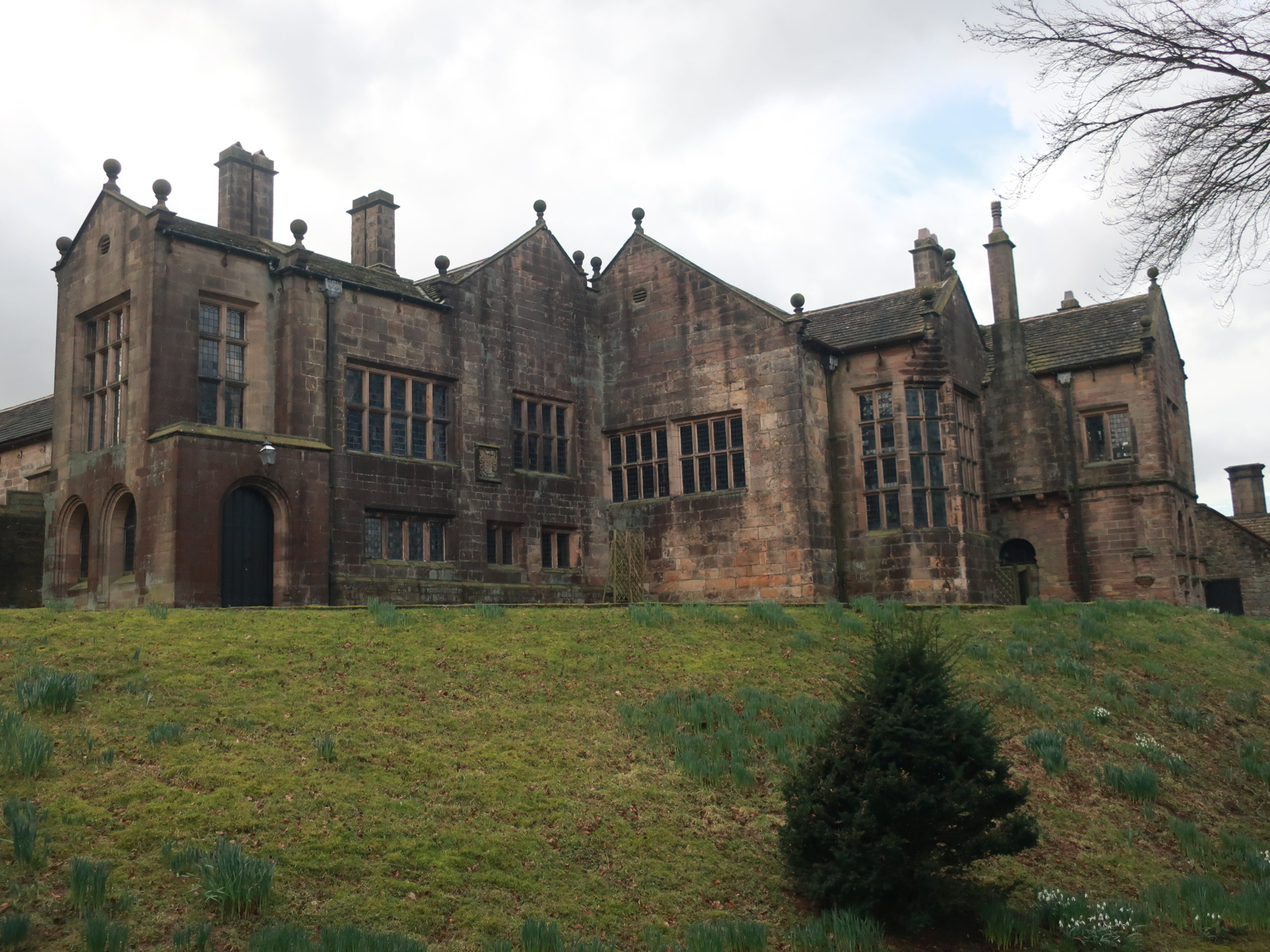 Steven Spencer and Elena Faraoni of the Hoghton Tower Preservation Trust, look at the results of their work, funded by the Castle Studies Trust in 2019, in trying to find out more about Hoghton Tower in Lancashire.

Hoghton Tower sits 650 ft above sea-level in the heart of the Lancashire countryside. The stories of its visitors and family members are documented and shared whether it be in books, portraits, family albums or documents in the Lancashire archives. But there is one story which has always intrigued us and that is: what was the first tower of Hoghton Tower and where was it? It is clear when looking at the building today that this, like many other historic houses, is a ‘patchwork’ of different projects by different generations interlaced and blended…but where did Hoghton Tower start? Where was the original tower?

There are some clues: the ageing of the stone, the position of the well house, family stories passed down the generations, the shape of the windows and a mysterious mound of stones on the north side of the buildings. One of these stones has an intriguing mason’s mark… Spurred on by the interest of a group of our amazing volunteers who had just finished some research into historic graffiti and masons’ marks it was time to do some investigation under the guidance of Dr Mike Nevell and his team at Salford University. We designed a research project based on archaeological digs, building recording, geophysics and archives research based on the key exam question “where was the great keep of the Hoghton Tower hill?”

Thanks to the grant from the Castle Studies Trust, work quickly got underway. Through a series of Salford-led workshops, the team surveyed, recorded and reviewed old photographs and pictures.

Then there was the wonderful five-day archaeological dig.

As they passed through the perimeter fencing on to the dig site, the usually mild-mannered volunteers underwent personality transformations as pairs of friends and even married couples were ‘pitted’ against one another. Was this the site of a 14th century Pele Tower, a 1643 victim of the First Civil War, who would make the crucial find?

Under the patient guidance and control of the Salford team, the test pits were marked out and the excavations began, to many this was the chance of a lifetime and was eagerly embraced. Each find was announced with enthusiastic shouting from the discoverer and muted derision from those yet to make a meaningful contribution.

As the week progressed, 14th to 19th century finds were unearthed, thankfully shared out between the eight test pits. Clay pipe bowls (1640 to 1680), a musket ball, heat affected glass, sherds of medieval pottery and fragments of medieval roof tiles. Below a stone rubble layer, evidence of a stone-built structure was revealed in the form of large dressed stone blocks, together with walls and a stone flagged floor.

Spurred on by the whole experience, and encouraged by the de Hoghton family, the volunteers have produced and presented an ‘Outdoor History’ tour which aims to share the latest thoughts and discoveries.

Was this the site of the Hoghton Tower? Did we find anything categorical? Well yes and no. The archaeology revealed previously unrecorded stone structures. These together with the artefactual evidence were able to confirm that this part of the hilltop was occupied during the late medieval/early post-medieval periods. The geophysics also gave us other areas that warrant more digging and researching. So, some confirmation but also a lot more to understand and discover on this windswept hill!