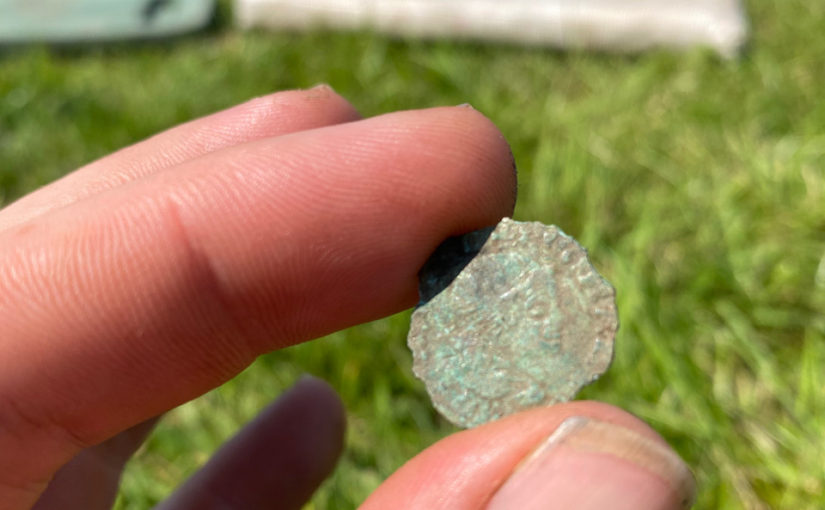 A quick update today as the main theme has been deploying mattocks to really push on through the more modern levels to try and reach the undisturbed medieval deposits. That means the main excitement of the day was the small finds that continue to emerge from the mixed overburden and 20th-century landscaping: animal bone in considerable quantities, more medieval pottery, what appears to be a hobnail and something that looks suspiciously like window lead.

The highlight of the day, however, was uncovered in Trench 3 (see plan below)—an area where we the volunteers are diligently digging through the clay dump of the former military parade ground in baking heat! What at first we thought was a corroded button (we’ve had one of those already), turned out on closer inspection to be a 14th-century French jetton!

Jettons were one example of a growing system of trade tokens often used in lieu of coins in specific areas or for specific trades. Jettons, however, were primarily used as accounting tokens, providing a visual means of making calculations on a large wooden board. This find gives us a fascinating insight into both the mechanics of medieval trade centred on Richmond Castle, and also the way in which many great magnates held considerable land on both sides of the Channel in this period.