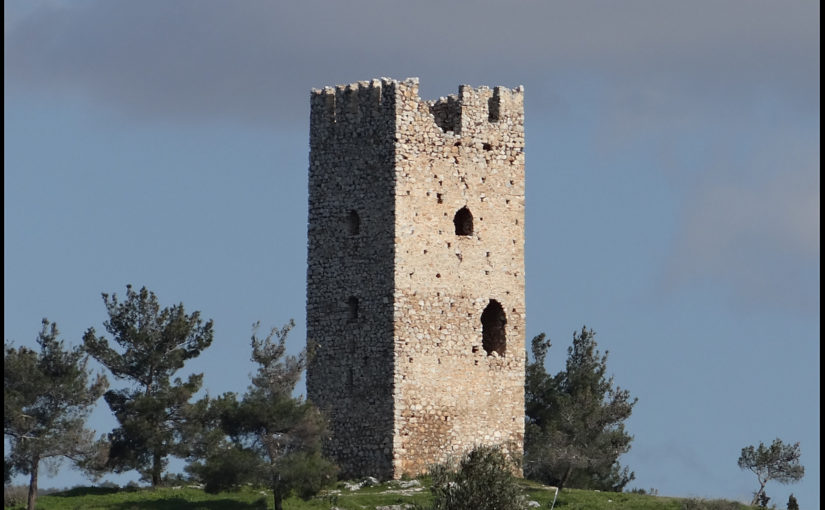 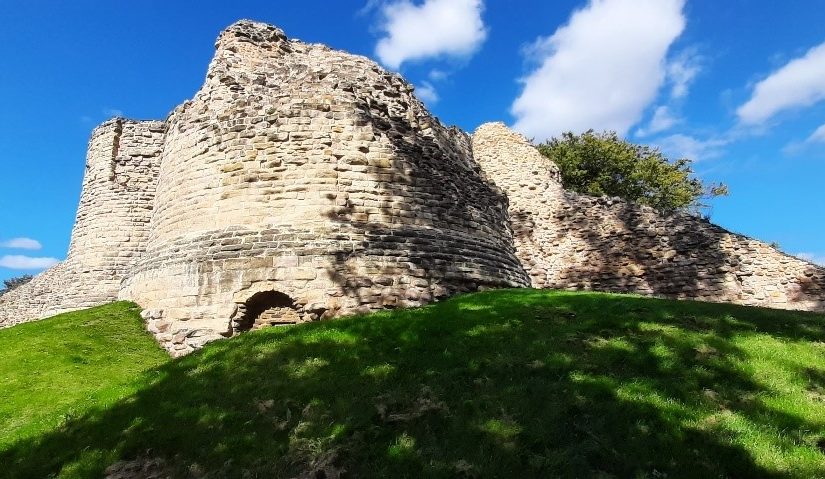 Ian Downes from Wakefield Council looks at the geophysical survey being carried out week commencing 9 May 2022 on parts of Pontefract Castle yet to be explored archaeologically. The work, funded by the Trust is being carried out by Wessex Archaeology.

Pontefract Castle in West Yorkshire is a Norman motte and bailey castle, built upon a Saxon royal palace, and used extensively during the English Civil Wars, when it suffered three prolonged sieges.  In that time, it went from being the property of a Norman Baron, to a powerful Dukedom, to the principal royal castle of the North of England.

At the end of the Civil Wars the castle was pulled down by the people of Pontefract by order of Parliament.  The site was initially used as a market garden before it was leased by the Dunhill family for the cultivation of liquorice. Finally, it was converted into a park in 1880.  To this day the site remains a park and major tourist attraction in the town.

Now managed by Wakefield Council on behalf of the Duchy of Lancaster the castle has recently undergone a thorough restoration project seeing the ruins conserved and new visitor facilities created.

Parts of the site were excavated in the 1880s and again in the 1980s.  More recently, work commencing in 2017 to restore the site saw new areas excavated including the Gatehouse.

As the Victorian excavations weren’t fully recorded or published, and more recent archaeology has been focused on areas where construction and conservation has taken place, this has left many parts of the site relatively unexplored.

The two areas we will be looking at as part of this project are the area from the Kitchens through to the Royal Apartments within the Bailey; and the northern ramparts below the royal apartments.

The first of those two is where a series of “service buildings” were sited according to historic maintenance records for the castle.  We know little more, but it was probably also the site of a gatehouse leading to a walkway to the Swillington Tower.  We hope this project will find some evidence of the footprint of the buildings, possible locations of fireplaces and to get an indication of how much survives below ground.

The second area to be investigated is an area outside of the curtain wall, which was subjected to heavy bombardment during the three sieges.  This may also be the location of a medieval garden, again mentioned in historical records, and Victorian walkways and paths.

This area should include the bottom section of the walkway from the bailey down to the Swillington Tower. We hope to answer questions such as whether the earth mound at the side of the tower covers the remains of this walkway and how much of it survives under the start of the ramparts.

The site has seen little activity since the Victorian paths were laid, with that area falling into disuse relatively quickly.  This lack of later use raises the potential for evidence of all these things, but most excitingly the possibility of pinpointing further evidence of Civil War activity.

The project will see specialists from Wessex Archaeology conduct various forms of geophysics on the two areas including resistivity, magnetometry and ground penetrating radar.  The use of multiple techniques has been chosen to maximise the potential for making discoveries with the potential for quite complex buried remains being high. 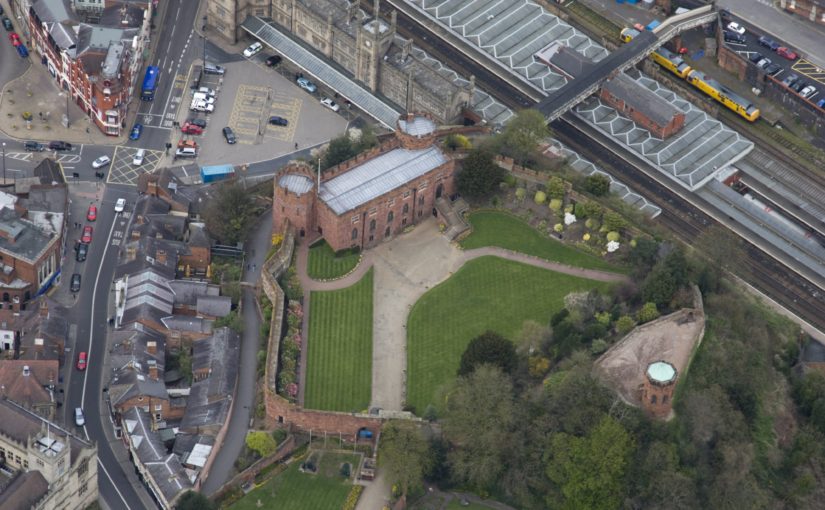 In its latest round of grants the Castle Studies Trust has awarded £34,000 to five projects including two projects outside the UK. As well as covering a wide geographic area the projects will also undertake a broad range of technics to boost our understanding of castles.

Dating medieval towers in the hinterland of Medieval Chalkida, Greece:

Stand-alone medieval towers, often part of castles or larger fortifications, are common in Central Greece. Often thought to have been built by the Frankish nobility during their period of dominance between 1204-1470, there is minimal evidence to back this up. By taking wood and mortar samples, the project aims to answer that question.

The present project forms part of the five-year survey ‘Beyond Chalkida: Landscape and Socio-Economic Transformations of its Hinterland from Byzantine to Ottoman times’ (authorised in July 2021 by the Greek State)

Samples will be taken from six towers of wood used laterally within tower walls to increase their structural strength, and mortar from within the core of the walls (both therefore probably

contemporaneous to the original period of construction). Specialists will use dendrochronological and

Work will start at the earliest in late 2022 and may not actually take place until next year due to the time it is likely to take to get official permission from the government.

Geophysical survey of deserted medieval settlement close to Jamestown motte & bailey castle. The aim is to understand the morphology of settlement and its relationship with the castle and medieval monastery.

This survey will contribute to a larger project: the Human-Environmental Exchanges in the Landscapes of Medieval Ireland Project (HELM Project) which aims to use a combination of multispectral imaging, UAV drone survey along with geophysical survey to gain a much better understanding of the form of the deserted medieval village through non-invasive methods.

At time of writing it was unclear when the survey will take place.

The project funded will be a geophysical survey of two parts of the castle, which during its history was the main royal castle in Northern England, not previously investigated. The survey will be of two areas of the castle using Magnetometry, Resistivity and Ground Penetrating Radar (GPR)

The focus is on parts of the castle not previously explored by  excavations in the 1980s, especially around the northern ramparts. This area stretches from the Swillington Tower towards the Kings Tower, and includes several earthwork features which remain unidentified, or unconfirmed.  Geophysical investigation is likely to reveal several interesting features including the link wall between the curtain wall and the Swillington Tower, which is unique in that it was built outside the main castle defences.

As yet it is unclear when the survey will be undertaken.

The Trust will be co-funding the project which aims to improve the understanding of the castle in the medieval period, especially around 1400 in the decades immediately after the licence to crenellate, with a buildings survey and development of a 3D model.

Once a stronghold of the Neville family, it moved into the ownership of the Vane family in 1626 and has been much altered and modernised, especially in the Victorian period, into a palatial family home.  Large sections of the medieval castle survive intact, albeit intersected and extended with more recent architectural additions.

This project seeks to strip back the more recent layers, to make sense of the medieval castle. Our aim is to create a 3D visualisation of Raby Castle in around AD 1400, helping us to visualise and to understand (where possible) how it functioned before the later additions.

In addition to boosting our understanding of the castle, the plan is also to train up a team of volunteers in how to carry out a building survey.

The aim is to start the survey work in April.

This is the third project the Trust has funded on this important castle of the Welsh Marches and is an excavation of the motte top. The first two excavations in the inner bailey discovered that the original inner bailey was a lot smaller than it is today with little room for any substantial buildings, especially the royal hall.

This leaves only the motte and the aim is to understand the structural sequence and assess the character and the status of the buildings there: specifically to identify the royal hall known to be present during the Middle Ages.

The excavation is due to take place in the second half of July. 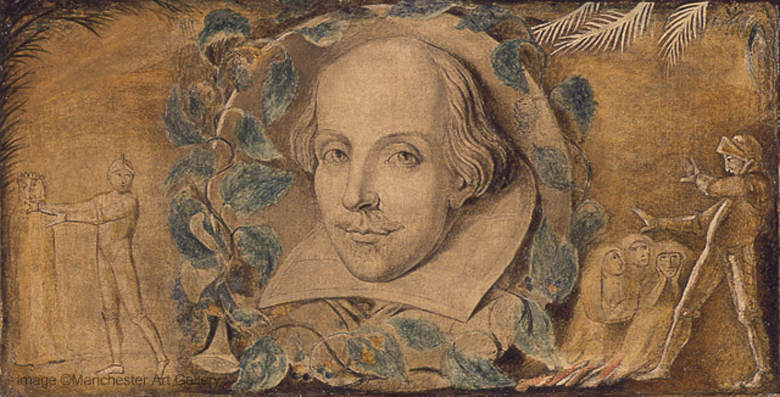